No one can ignore the fact that hiring the right candidates is one of the most crucial things when someone wants to start a business or hire professionals for their growing company. I have worked in a telecom MNC, a local energy company, news agency and helped scale up two online internet venture and noticed, many HR professionals try to hire candidates in different ways, according to their organizational culture and personal bias regardless of the potential of the candidate who may become a star performer if groomed in a correct way. Thanks to my university network, start-up companies, and own business. I interviewed more than 300 people over the last couple of years (not being in a primary HR role) through university club, brand activation and when hiring for new start-ups.

Most of these people from my interviews were Millennials, people who born between 1977 to 2000, along with some aged professionals for the higher level position. Here’s some key fact of the Millennials:

80% OF MILLENNIALS WANT BRANDS TO ENTERTAIN THEM

To get more amazing fact about Millennials, you can visit: http://bit.ly/1BbaIp0

Some key criteria I always look for while hiring candidates: #HowIHire

Determination and Hunger:
A well-built resume is always a reflection of an organized person. I always see how well-constructed the resume of the candidate is compared to the range of content covered in there. Then comes the interview part, where I love to have a role-playing session (for sales), giving the candidate a mock-scenario while I participate actively with him. The key is to overcome that phase is determined to sell and convince the decision maker (me) by asking questions. Here’s a thumb rule. After explaining the feature of product and service, the candidate should generally ask a question to find the next need of the decision maker. Those who tirelessly put an effort and close the deal (If not, make a room for follow-up on the next day). They are the type of candidate I look for.

Fast learner:
I generally put some external process to boost up team productivity outside of the traditional resource for my team. It includes using a new app, following a new process managed by different web and mobile tool. That’s why I try to give a short task to the candidate in the final phase to see how he/she is adapting to a completely new process. Are they lagging? Aren’t they keen to learn? Are they not comfortable with new stuff, or prefer to do things in their old ways?

Self-reliance:
I try to see, that candidates are self-reliant instead of over confident. The candidate may fake confidence by agreeing to all conditions while the interview is going on. But I give them a short task to explain how they are going to do it in a logical way to see if they rely on their opinion or not. For example:

Me: So, you are saying you will switch your career from engineering to sales as an opportunity is not available and continue your MBA after the office time. What makes you think you can manage both of them together considering switching to a different profession? (Just to mention, I have hired engineers in a sales role before, and they became good performer over time)

Candidate: I have managed multiple tasks before that. I have switched my mode of education before and it didn’t cause me any problem. Anything that will come into my way, I can handle this.

Me: Considering current traffic condition. it’s unlikely that you can do an evening class after your sales meeting is over in another corner of the city. Suppose you have your final exam on the same day you have to close a big deal. What would you do and choose?

It’s essential that the candidate should realize what is possible for them or not at interview time and project their confidence according to that.

In “Twenty Tens” decade, Millennials are the one who is changing the industry. They are not just your average Joe. They challenge the status quo every now & then and most probably much smarter than what you are. I have led teams who are very close to my age and well versed in the process and leadership technique. Authoritarian managers tend not to hire them, as they have the capability to replace them by their work. Which is a totally wrong concept. Managers can get an amazing result by developing them in a right way and showing them the path to improve. It’s important to empower your team with your knowledge and resource so that they can overcome their present capability. There was a situation, I did not answer them if they ask me how they are going to run a new software. I showcased them the basic feature and demo at first. Then left them to explore the rest of the features and so they can realize process flaw and find bug easily.

My method of hiring Millennials are generally a discussion, not interview. I ask some basic intro question at first and then move into the functions of business and my expectation from the candidates. It gives them a clear idea about the job and they generally understand if it’s the right job for them or not. Some may try to deceive the hiring managers by saying it’s the kind of job they are looking for. But by using self-reliance method and open-ended trial and error questions, managers can find out the inner image of the candidate.

To me, Millennials may lack skills at first being a starter / fresher. But if they have dedication and determination, you can make them a high-performance driver for your business. I would rather invest my energy in building up communication and pitching scale of a new joiner than looking for a sophisticated panda at the beginning. Because these Millennials are the creators and they can generate amazing results if developed well. It’s also crucial to understand hiring manager’s self-biases and as Mary Barra said, it’s important to hire people who are not like you and can embrace diversity.

Originally published at LinkedIn on September 4, 2015. 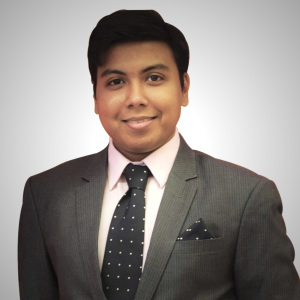